An Open Letter to Richland, WA Residents: There’s Something You Need to Know About Dori Luzzo Gilmour Before You Vote

Almost 30 years ago at the age of 14, I moved from my birthplace in Idaho Falls, Idaho to Richland, Washington where I began my first year of high school. It was a difficult transition for me. Let’s just say, my first year at Richland High didn’t go well.

I was full of anxiety, hurt and anger, and making new friends was extremely difficult for me. Lunch hour was the worst. While all of the other kids rushed to find their closest friends to eat and gossip with, I hid in the stairwell behind the gym furiously smoking cigarettes and hoping no one would see how sad and pathetic I was. It’s a time that to this day forms a jagged knot in my gut when I’m forced to think about it— and I’m thankful it didn’t last.

I don’t know if it was because she saw how desperately lonely I was and decided to take pity on me or just sensed a worth in me that no one else could—but one upbeat and outgoing young girl decided to throw me a lifeline and invite me into her social circle. Her name was Dori Luzzo. 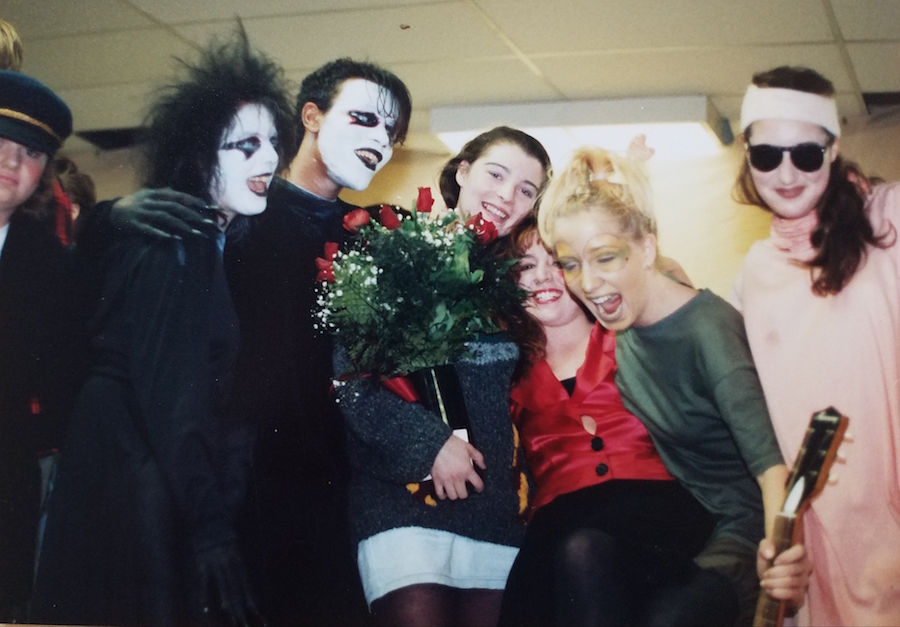 I finally belonged and it was all because one sweet girl showed up for me.

Dori was a smart and funny character who seemed to know just about everyone. Generally optimistic (in stark contrast to my own character) she brought a light and humor to everything she did and everyone she met. Shortly after I began hanging out with her, and to my absolute surprise, I found I had a group of friends.

Lunch hour became the best time of the day. It was filled with laughter and the jovial unnecessary loudness that comes along with teen bonding. I had plans afterschool and on the weekends. She even convinced our small tribe to perform in a school play: James and the Giant Peach—I was the ladybug and she was the grasshopper. By the time I turned 16, I had a living room full of friends to celebrate with and Dori by my side.

I finally belonged and it was all because one sweet girl showed up for me. 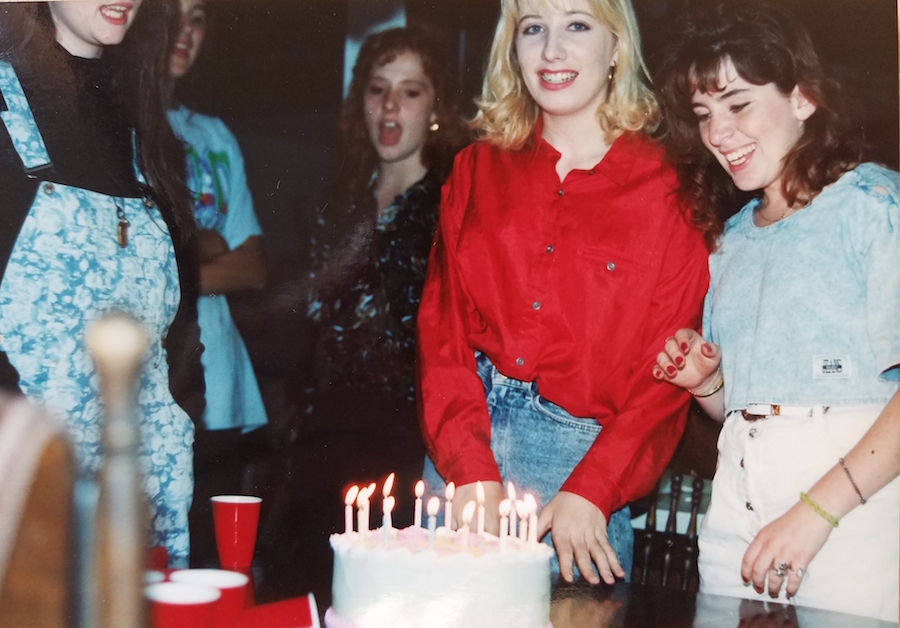 Dori and Joe aren’t financially wealthy, but they live in abundance. Their fortune comes in the form of family, faith, friends, and compassion.

One of the things I love about social media is that it allows me to stay close with the people I care about. While Dori and I remained friends through high school and stayed connected in the two years that followed, we drifted when our paths and our home bases diverged. Fortunately, approximately 8 years ago, Facebook reunited us as adults.

A lot had changed for Dori and I, and we enjoyed catching up and watching each other’s journey from afar. Dori had married Joe Glimour another friend of mine from high school. Joe is a cool, salt-of-the-earth kind of guy—always quick with a gentle smile, and a damn hard worker. To our delight, in 2009, Dori and I found ourselves pregnant at the same time. We even had the opportunity to get together and compare our giant bellies when we were around 8-months pregnant. She was having a girl and I was having a boy. To this day, we still talk about how they might just marry some day.

I’m not going to lie, when I found out that Dori was running for City Council, I thought she was crazy. Like Dori, I’m a mother of three. The idea of dealing with the pressures of politics—especially in the current political climate—while raising my children seems daunting, with a payoff that is potentially not worth the personal sacrifice. But that’s where Dori and I are different. You see, Dori was— and is— doing what she always has: she’s showing up for the people in her community.

Dori and Joe aren’t financially wealthy, but they live in abundance. Their fortune comes in the form of family, faith, friends, and compassion. While, like many of us, they have had their fair share of hardship, they understand that the key to making life better for their children is helping to create a community where life is better for everyone. And that’s what Dori is striving to do. 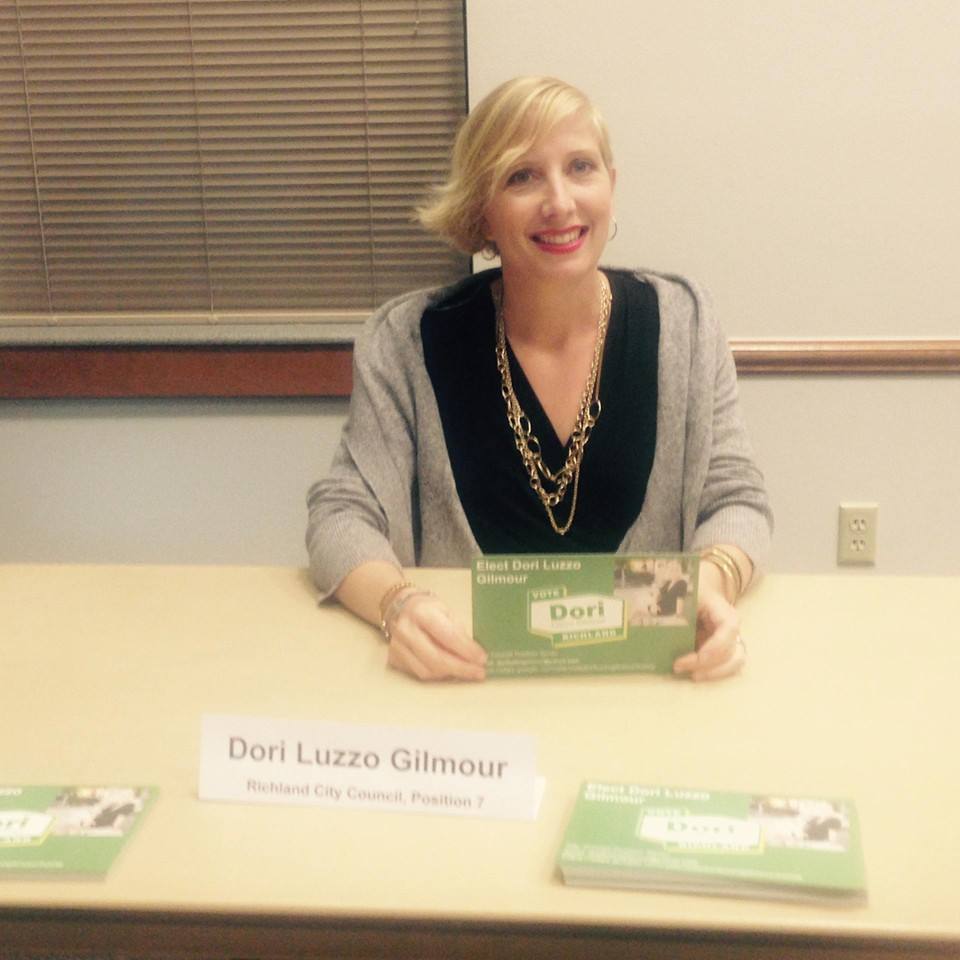 Dori is a tough cookie, grounded in her mission and rooted by faith and family. I knew if anyone could do the good work, it was her.

Putting time in for the betterment of her community isn’t something new for Dori. Along with her elected experience, her service to the community includes years of volunteer work. Now, in her current position on the Richland City Council, her focus is enhancing the quality of life everyone is capable of having.

I wasn’t at all surprised when I found out Dori was running for City Council yet again. Perhaps I should have been with how ugly things have become since the election last November. But Dori is a tough cookie, grounded in her mission and rooted by faith and family. I knew if anyone could do the good work, it was her.

Recently, I’ve been troubled by articles, online social posts and comments, and ugly and underhanded letters to the editor that have appeared in the Tri-Cities Herald. Dori’s past financial hardships have been drudged up and publicly drug through the mud in an effort to humiliate her and hurt her chances for re-election. It’s an ugly and lowly strategy, and still, she addressed questions with dignity and has spoken clearly about the toll medical bills took on her finances, forcing her to fall behind in her taxes.

When families are faced with medical or health emergencies what do they do? They turn to their faith, keep stable whatever they can for their children, then dig-in and do what it takes to get the family through adversity and back to a place of balance and wholeness. That’s exactly what the Gilmours did.

Much like Dori’s children, my two sisters and I spent our elementary years in private Catholic school. It was extremely important to both of my parents, that their children be schooled in a faith-based educational setting. Growing up, the majority of my community consisted of people from our church and my school. The difference between my childhood story, and the Gilmour children’s is that my family was never confronted with a scenario that buried them in medical bills. Though, I am willing to wager that if we had, my schooling and faith-based community wouldn’t have changed.

I’m proud of Dori for walking her talk and putting her family and faith first. I am proud of her for getting through the tough times, making good on her debts, and then rolling up her sleeves and getting back to work for the community. And in essence, Richland residents benefit from her strife. 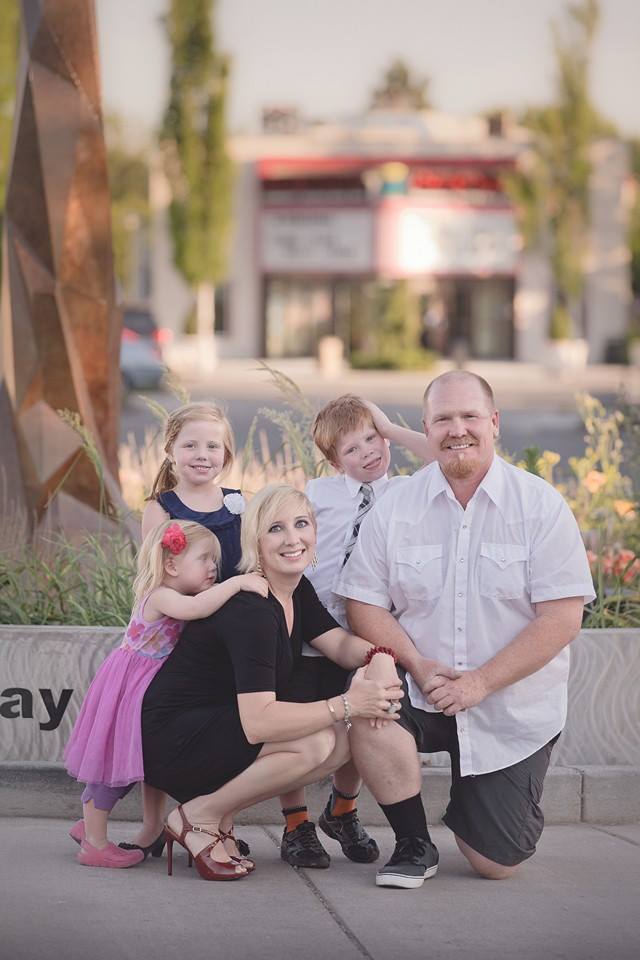 Who could be better on the city council, than someone who has a deep, personal and compassionate understanding of how hard things can get when money gets tight or the unexpected hits?

Who could be better on the city council, than someone who has a deep, personal and compassionate understanding of how hard things can get when money gets tight or the unexpected hits? Who could be better than someone knows what it’s like when every damned penny counts? Every Richland citizen benefits from having someone on the city council who is compassionate and considerate towards people from every socioeconomic status.

Finally, I was moved to share my personal, life-long relationship with Dori after finding out about how ugly the election had become. I am particularly disturbed by Lloyd Becker—a man with a history of using language steeped in racism and misogyny and who tweets and posts comments that slander Jewish people, Muslims, and the LGBTQ community. He, along with the few who act as his mouthpiece have been using unhinged personal attacks and intimidation to try and discredit Dori (and other female candidates), all while Lloyd runs for a council position himself.

People who believe in doing good and truly want to improve a community—not only for themselves and their friends—but for all, don’t speak from a place of hate and anger. They don’t prey on people’s fear and try to divide and seek support by twisting and manipulating facts. They speak from a clear platform, stick to facts, and save the mud for the pigs. 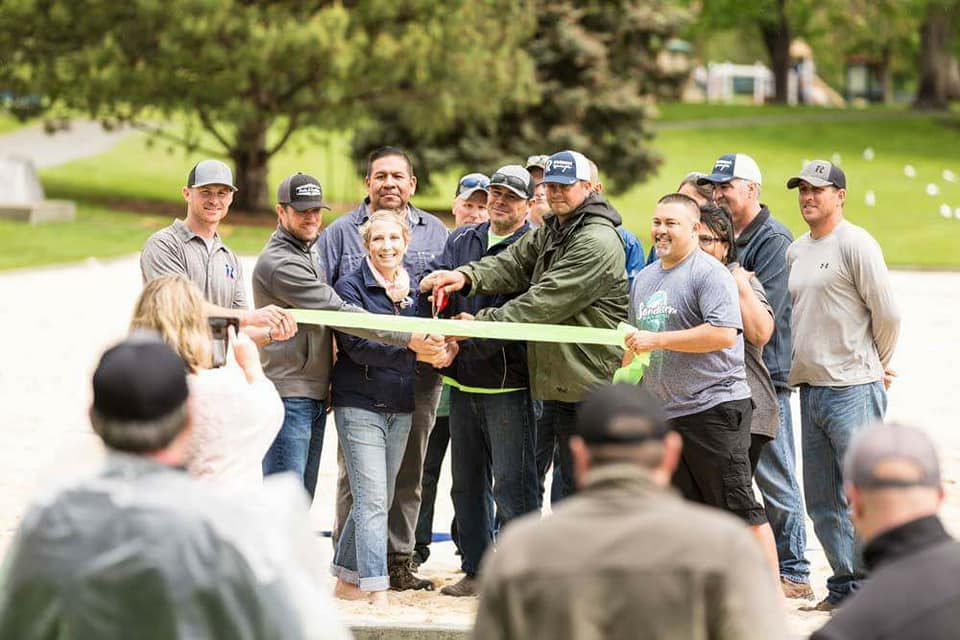 Since November of last year, I’ve heard people from all sides of the political spectrum say how tired they are of all of the ugliness of politics. I can’t count how many times I’ve heard people desperately ask “But what can I do to make a difference?”

Dear Richland residents, this is your chance to make a difference. Election night is November 7. The ballots are out.

This is your chance to cast your vote based on the candidate’s character instead of political affiliation. This is your chance to show current and future candidates that you won’t stand for the ugliness, you won’t stand for the hate, and that you want people on the city council who care about the city’s people—all of the city’s people.

This is your chance to show up for someone who has been showing up for you the last two years, just like she did for me all those years ago.